Words: Mark Paterson
Being asked to write this article was a great honour. Writing articles for shing media and magazines is something that takes careful thought and consideration to say the least! I have read many excellent articles around shing for salmon, y selection and venues. I decided to take the unusual step of writing about a subject very close to my heart – sh behaviour and how I link this to help me when searching for that most elusive of all prizes, a Salmon.

Thompson steelhead Must Be Protected

Words: Peter McMullan
F ifty and more years ago south central British Columbia’s ompson River was seen
as an elite anglers’ destination, a beautiful river whose steelhead were the equal of any on the continent in terms of numbers, size, strength and appearance. How times change.

Steelhead – Are They Really Fish of 1000 casts?

Words: Øystein Aas
High floods almost all season, bonanza-near fishing in rivers Numedal, Orkla, Namsen and Vestre Jakobselv are some of the highlights of 2017, which overall had somewhat better fishing than 2016.

A Salmon Day of a Lifetime

Words: Juha-Matti Tuupola
Chasing Atlantic salmon in Denmark never really crossed my mind. But now, being one experience richer, the River Skjern (Skjern Å) during the spring is a must recommendation to anyone looking for early season fun.

Words: Eero Niemelä
G enerally, the Atlantic salmon (Salmo salar, L.) will swim into the river in the same year it spawns. After the spawning, the salmon return to the sea as kelts either towards the end of the same year or the spring of the next one. With the Atlantic salmon, the spawning has largely been considered the end point of the individual sh in the species.

The Kraken – A System of Wet Flies for Steelhead & Chinook

Words: Jeff Bright
Wikipedia, the online reference site, states: “The kraken is a legendary sea monster of giant size that is said to dwell off the coasts of Norway and Greenland. Authors over the years have postulated that the legend originated from sightings of giant squids…The sheer size and fearsome appearance attributed to the kraken have made it a common ocean-dwelling monster in various fictional works.” 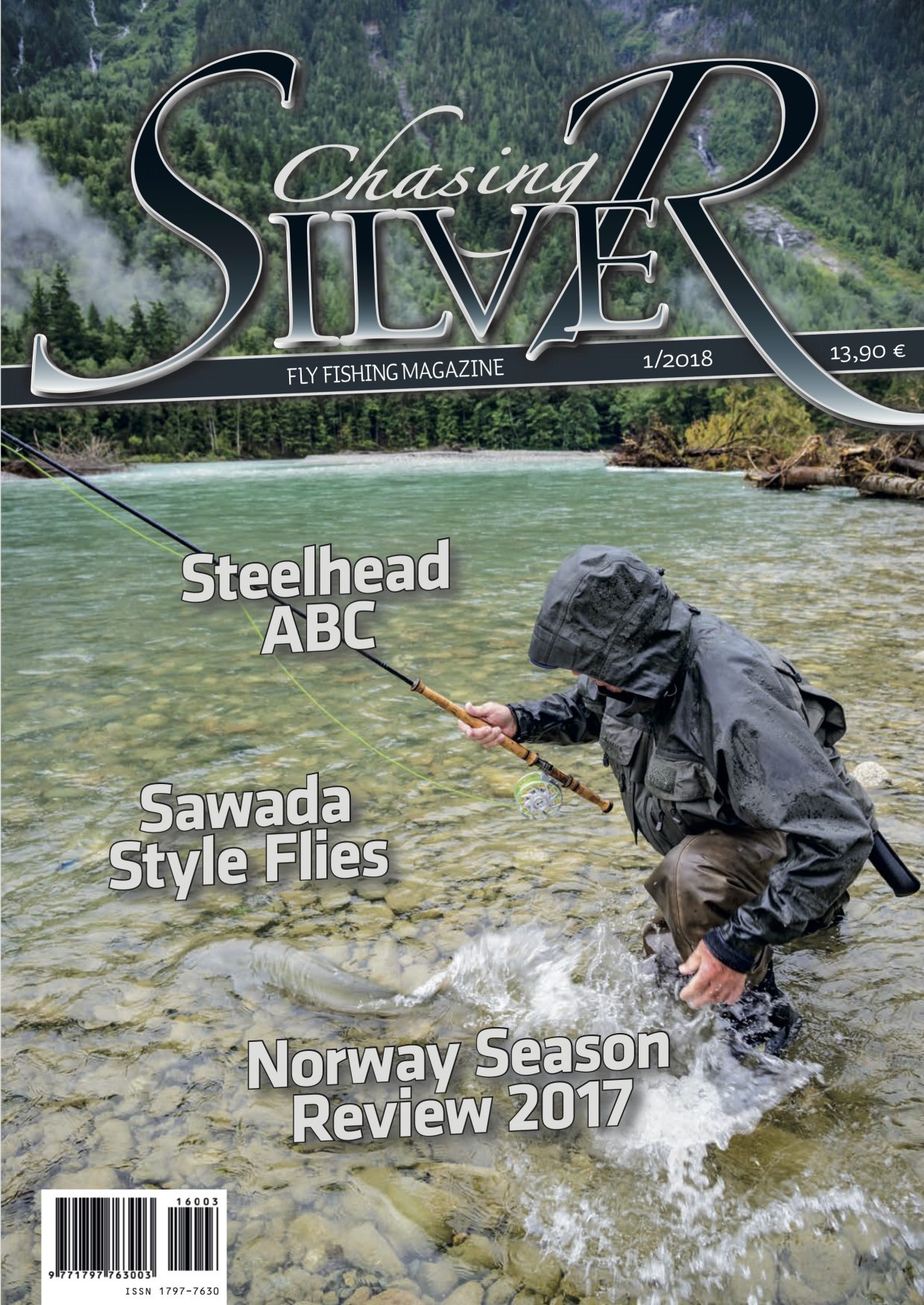 You're viewing: Issue 1 / 2018 6,90 €
Add to cart
Manage Cookie Consent
To provide the best experiences, we use technologies like cookies to store and/or access device information. Consenting to these technologies will allow us to process data such as browsing behavior or unique IDs on this site. Not consenting or withdrawing consent, may adversely affect certain features and functions.
Manage options Manage services Manage vendors Read more about these purposes
View preferences
{title} {title} {title}